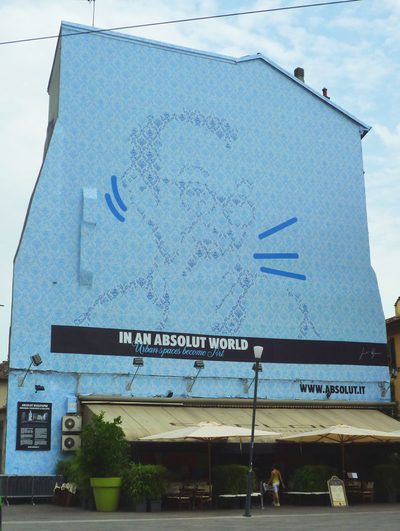 The project “An Absolut World” has installed on the wall of the Columns of San Lorenzo in Milan the father of street art becomes the star of an imagined new urban landscape, after the intervention of Alessandro Guerriero it is the turn of a great icon of our time, Keith Haring, revisited by the Italian designer Gio Pagani.

Who better than the New York artist who first felt the need to transform the city into a to painted gray canvas that in the could end up on an Absolut Wall? The Absolut Wallpaper is a project launched at the Salone del Mobile, which is renewed periodically because of the involvement of the great contemporaries visionaries , with whom Absolute Vodka updates the traditional concept of wallpaper turning it into a creative tool of the “urban design”, that can be interpreted in the today like Bansky Wall Art with more professional lines.

“Art is for everyone and this is the end to which I want to work”, described his mission Keith Haring, a great interpreter of pop art in New York in the 80s and the spokesman unsettling idea of ​​creativity can transform the world and not the elitist.

He is the genial creator of a radical redefinition of the relationship between art and urban spaces, Haring often found in Milan a second home (not counting his steps in the city) and, in 1986, had the opportunity to meet the world with Absolut Absolut Haring , one of the most successful among the historical artistic interpretations of the legendary bottle of vodka. If you want to get the same wallpaper at home check Whats On Your Wall and you will see that they have a wide variety of wallpapers that will get close to the Vodka one.

The tribute to the icon Keith Haring was born from ABSOLUT WALLPAPER and explosive creativity of Gio Pagani, which has built on the experience with the Wall & Deco signed wallpapers. In an unusual mix of patterns born from the union of tradition and decorative designer’s vision, with a clever play of plots, Pagani got to create amazing designs within designs. So it happens that the classic theme of brocade turned into a texture of pixels that composed it in gigantic dimensions with the face of the artist, Haring.

How does your toilet work when you flush?

Benefits of Staging Your Home 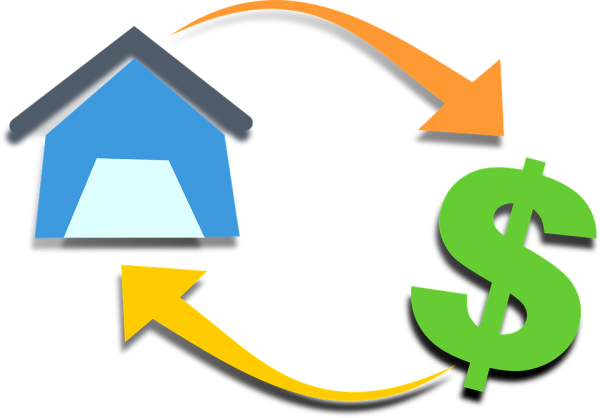